Being the most common and most-liked trees, we stock the following:

Silver spruce or prickly spruce or Picea pungens is a medium-sized, upright and evergreen tree, with an even and conical canopy. It has fairly horizontal branches upon which hard, pointed and prickly needles sit, around two- to four-inches long, and dark green to bluish in hue. The colour of Silver spruce needles changes several times during growth, and it is considered to be an extremely strong and resistant tree. 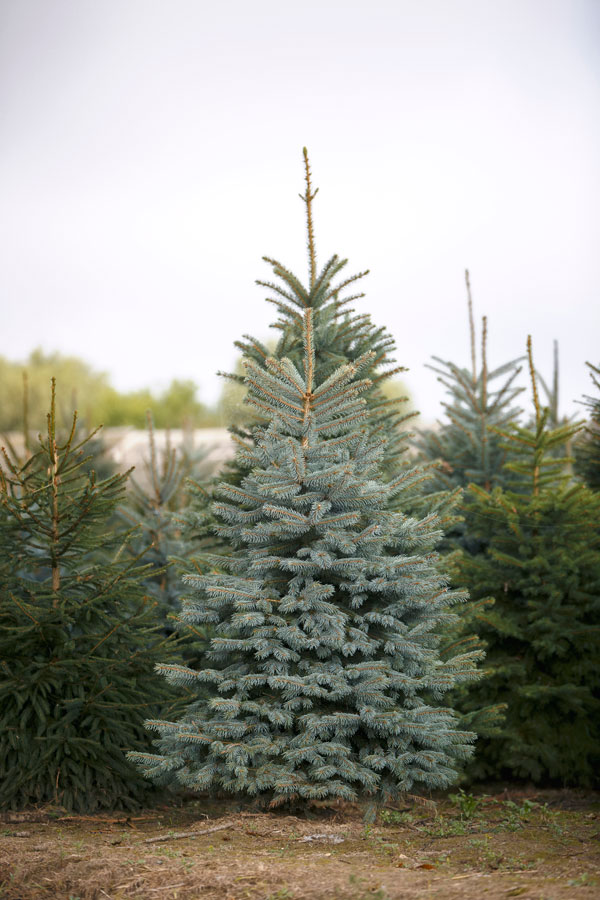 The Norway spruce or Picea abies is a large, upright, and very widespread evergreen tree that has always symbolized the Christmas tree among Christians. The canopy is even and conical, and the fairly horizontal branches have light green needles which grow up to two inches in size. The needles are thin and pointed. 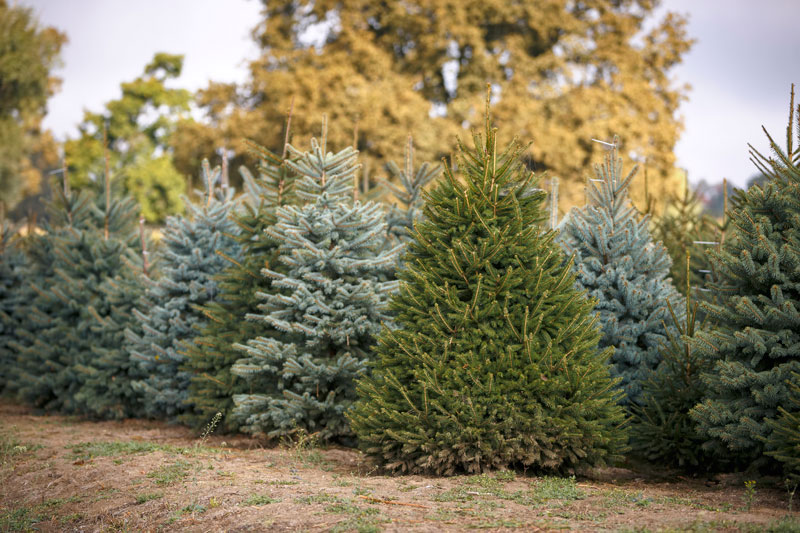 The Caucasian fir or Abies nordmanniana is a larger, erect, and medium-fast-growing evergreen tree. The crown is broadly conical or pyramidal, and the branches are wide open and horizontal. The needles are dark green, and soft, flat and pointed. It is one of the most common ornamental Christmas trees in Slovenia, which is also extremely popular as a Christmas tree. It is resistant to wind and low temperatures. 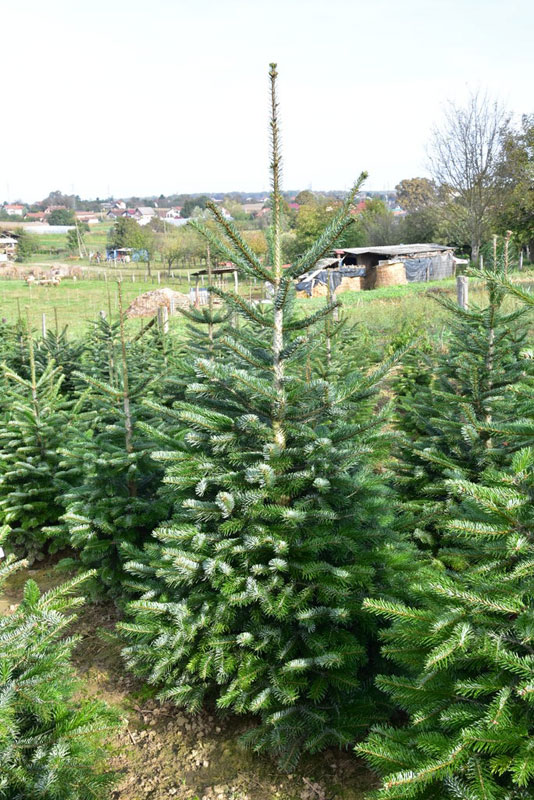